Skip to content
Two weeks in Cape Town, two weeks of delicious food. My absolute favorite: El Burro in Greenpoint. Actually, we went to this Mexican restaurant for a second time, even though they say that you shouldn’t go to a restaurant twice, cause there are just so many good spots to eat out in Cape Town. Our first visit ended kind of in a blur because we’d already had a few local beers before, which were then followed by a couple of tasty margaritas at El Burros. So, in the end, we couldn’t say for sure if the food was as good as we remembered – or if it was the alcohol that made us leave in a euphoric state of mind. That’s why we went back. 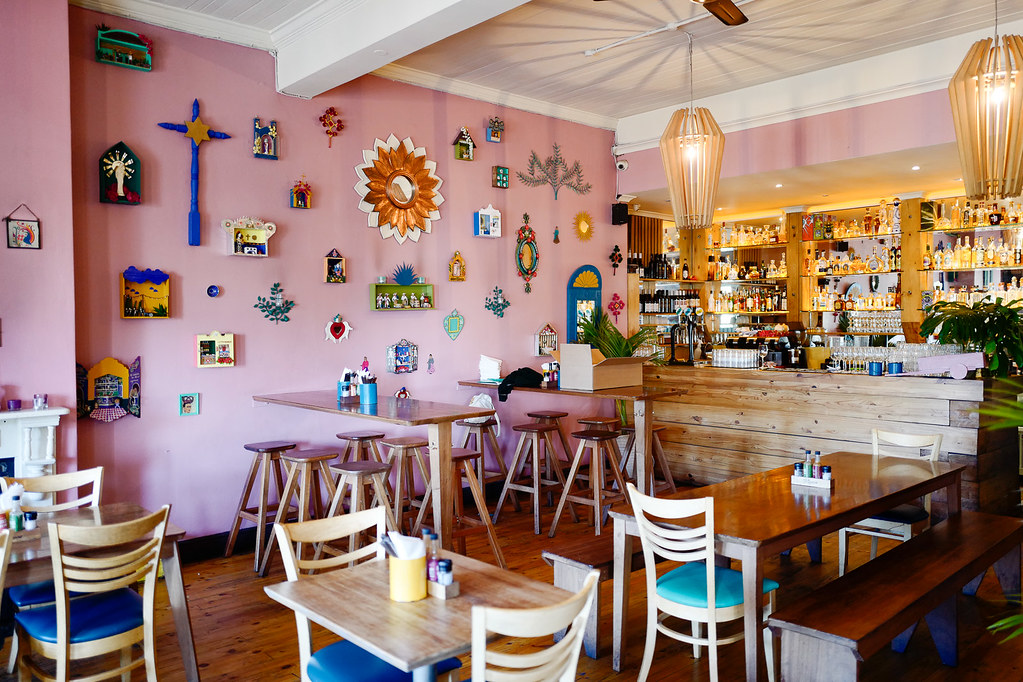 We ordered exactly the same dishes that we had on our first visit. As a starter my boyfriend Frank headed for vegan chili rellenos, it’s smoked jalapeños stuffed with cashew cream and served with guacamole. Not all dishes are vegan, they do have a lot of meat dishes on the menu. But it is a vegan-friendly environment. I chose vegan esquites as a starter, a typical Mexican street snack including char-grilled corn, vegan cheese, olive oil, lime, chili salt, and coriander. And let me tell you, the food is mouthwatering! It’s the perfect snack to tickle your appetite for more. 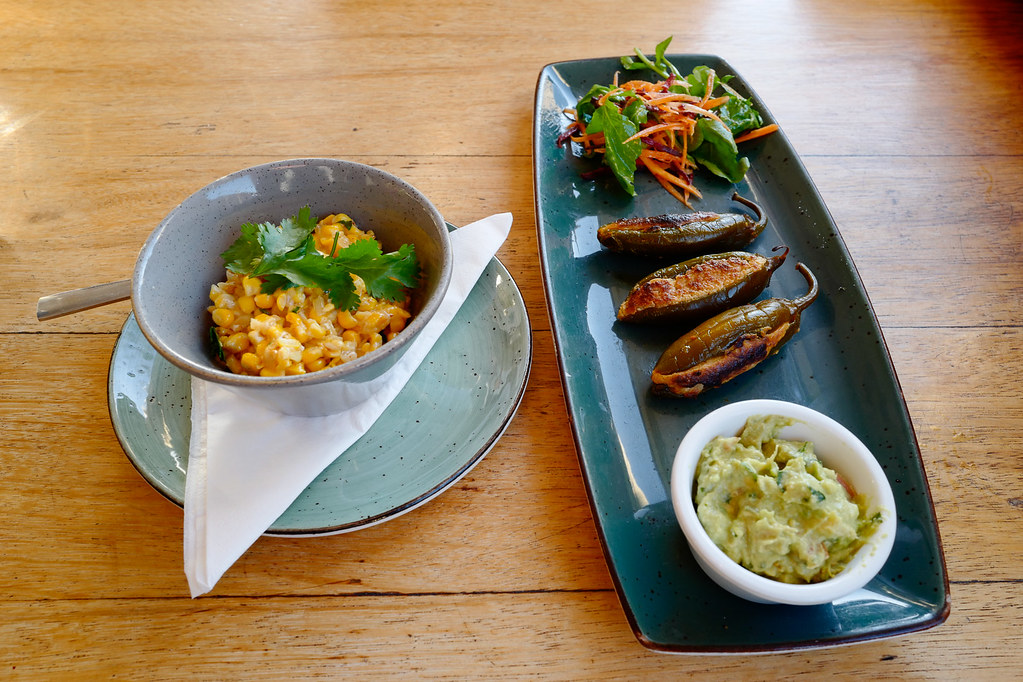 Let’s get down to the main courses because I can honestly say that I had the best tacos I have eaten all my life there. I went with the vegan broccoli, avo and almond tacos. The combination of the ingredients has been absolutely perfect when it comes to the harmony of tastes. Carrots, avocado, broccoli, almonds, pickled ginger, baby spinach, veganaise and soy sauce all mashed up together in corn tortillas. I want to eat one right now, thinking of those delicious tacos! 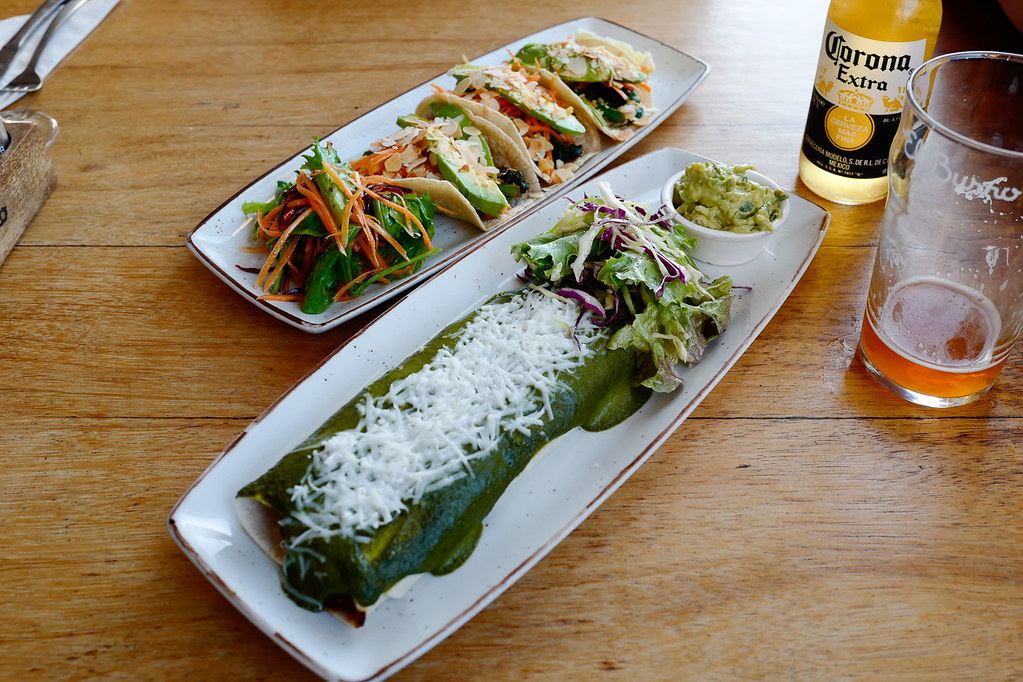 Frank chose the spicy bean enchilada Verde and was not disappointed. The two rolled flour tortillas were filled with mixed beans, smoked paprika in a spicy tomato sauce flavored with cumin, cinnamon, onions, and garlic. On top of that, a Verde sauce gratinated with vegan cheese. You should have seen Franks face when he took his first bite, priceless! 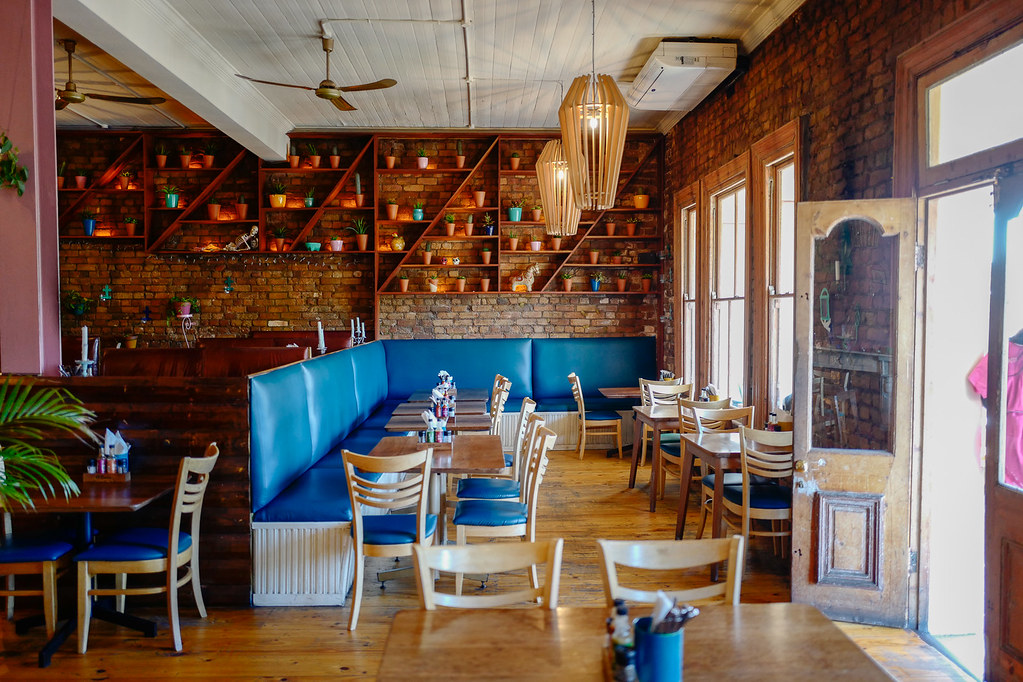 There are desserts on the menu too, but we didn’t have enough of that delicious savory taste. So we ordered another starter as dessert. The chunky guacamole and tortilla chips were the perfect closings for our evening. We had a glass of the red house wine and enjoyed the great atmosphere at El Burro. 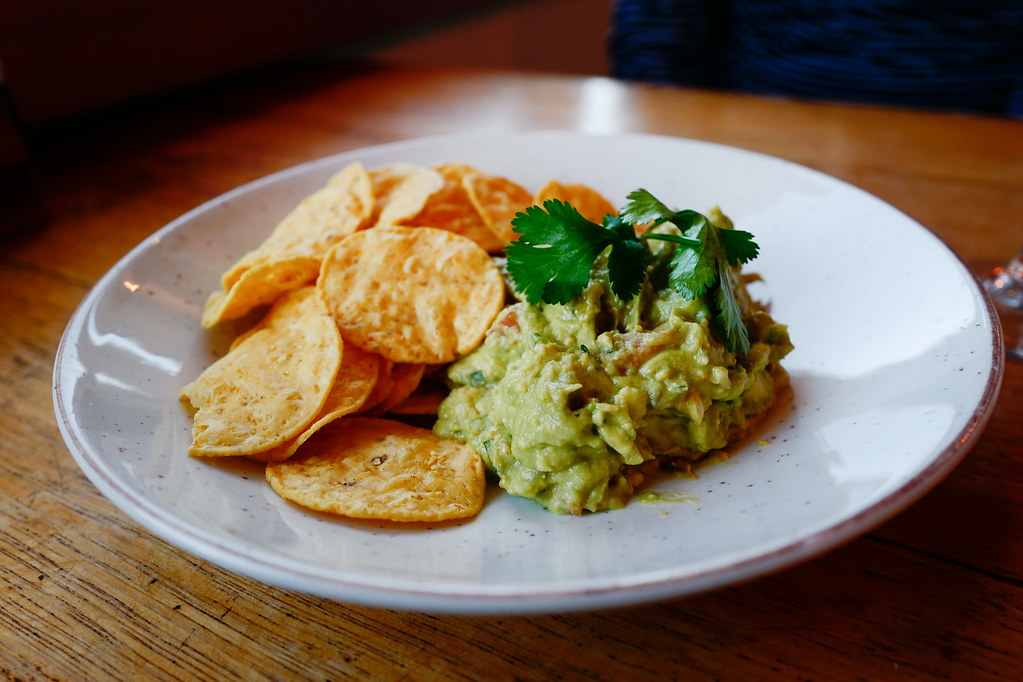 Ok, I want to be honest. Before we left we even ordered another chunky guacamole and tortilla chips for taking away. I just couldn’t get enough.

So if you’re in Cape Town or you are planning your next trip to the mother city, have a stop at El Burro and enjoy this delicious Mexican food.

ON THE MENU: Traditional Mexican food.

DOWNER: On weekends very full. You better reserve a table.

PICKY NOTES: Vegetarian and vegan options on the menu, as well as meat.

Evie worked in the hotel business for a few years before moving to Berlin. She studies Digital Media Culture at the Filmuniversity in Babelsberg and is interested in film, fashion, and food. Two years ago, she decided to swap Schnitzel for Tofu – and is still more than happy with it! You can follow her on Instagram @evie.efeu.

We use cookies to ensure that we give you the best experience on our website. If you continue to use this site we will assume that you are OK with it.OKRead more